“While UN human rights chief Michelle Bachelet is about to visit Northwest China’s Xinjiang region, the US government together with anti-China forces have taken active moves – either by opposing the visit or releasing a so-called leaked document from Xinjiang to abduct Bachelet as their puppet to neglect what she will see in Xinjiang and to make a “genocide” conclusion with their narratives.

Analysts called on the UN chief to hold the bottom line of justice and objectively see Xinjiang’s development.

Chinese President Xi Jinping on Wednesday met via video link with Bachelet. Xi talked about China’s human rights development and stressed that each country should be allowed to explore suitable paths of human rights development based on national realities and warned against certain countries that lecture others on human rights, politicize the issue and use it as a tool to apply double standards.

Bachelet extended thanks to Xi for hosting her visit despite the COVID challenge. Bachelet said she will have extensive engagements and direct communication with the Chinese government and people across different sectors during this trip to better understand China.

Bachelet’s trip is the first to China by a UN high commissioner for human rights since 2005.

Alongside Bachelet’s stay in China, the US and some anti-China forces are starting a new round of disinformation against China’s Xinjiang policies and to pressure the UN human rights chief.

The US State Department spokesman Ned Price told a press briefing on Tuesday that it was a “mistake” for Bachelet to visit China, saying that the US has no expectation that China will grant necessary access to “conduct a complete and non-manipulated assessment of the human rights environment” in Xinjiang.

In response, Chinese Foreign Ministry Spokesperson Wang Wenbin said Wednesday that China’s welcome of Bachelet’s visit has been consistent and it is the US that has been changeable on the issue – it is the one that jumped the highest to require Bachelet to visit China and now it is the loudest voice to oppose the visit.

Why is the US so changeable? The answer is simple: It fears its lies on “genocide” or “forced labor” in the Xinjiang region will be debunked and this is why it is making more lies to smear China and mislead the international community, said Wang, noting that no matter how many lies the US has made, the prosperity and happy life of local residents cannot be covered up.

The US is trying to abduct Bachelet to go with the US’ narrative in Xinjiang, together with anti-China forces’ latest hype on Xinjiang topics, Jia Chunyang, an expert at the China Institutes of Contemporary International Relations, told the Global Times.

The US is pressuring Bachelet to act like its puppet and neglect what she sees in the region to weave the conclusion of “genocide,” analysts said, pointing out that the US is the only country that publicly accuses China of “genocide” and has banned all products from Xinjiang.

Alongside Bachelet’s visit to China, the notorious rumormonger Adrian Zenz and a bunch of Western media released reports on so-called leaked police files and hyped a “shoot to kill” policy toward ethnic groups in the region.

However, by reading through the files uploaded by Zenz online, experts found that Zenz had used his old tactics, including misinterpreting speeches and mixing local police anti-terrorist drills with police operations.

Some overseas netizens also pointed out that traditional Chinese characters that have not been used in the Chinese mainland appeared in some documents, which hinted at the high possibility of counterfeit.

Jia pointed out that it is not the first time to see such swift and smooth cooperation between anti-China scholars, media and US politicians.

It is the US’ old playbook to make preparations for any results that would go against its allegations. Similar scenarios happened when it pressured the WHO to go to Wuhan for origins tracing of the coronavirus and when the conclusions of the experts did not fit its expectations, it opposed the visits and denied the results, Wang Jiang, a distinguished research fellow at the Institute for Frontier Region of China, Zhejiang Normal University, told the Global Times.

But the US should make one thing clear that either China’s invitation to Bachelet or Bachelet’s decision to visit China was made out of US pressure. This is a visit for better communication and is based on mutual respect, Wang Jiang said, noting that China’s openness and transparency on the Xinjiang region are consistent with various reports, documentaries and white papers on the region. 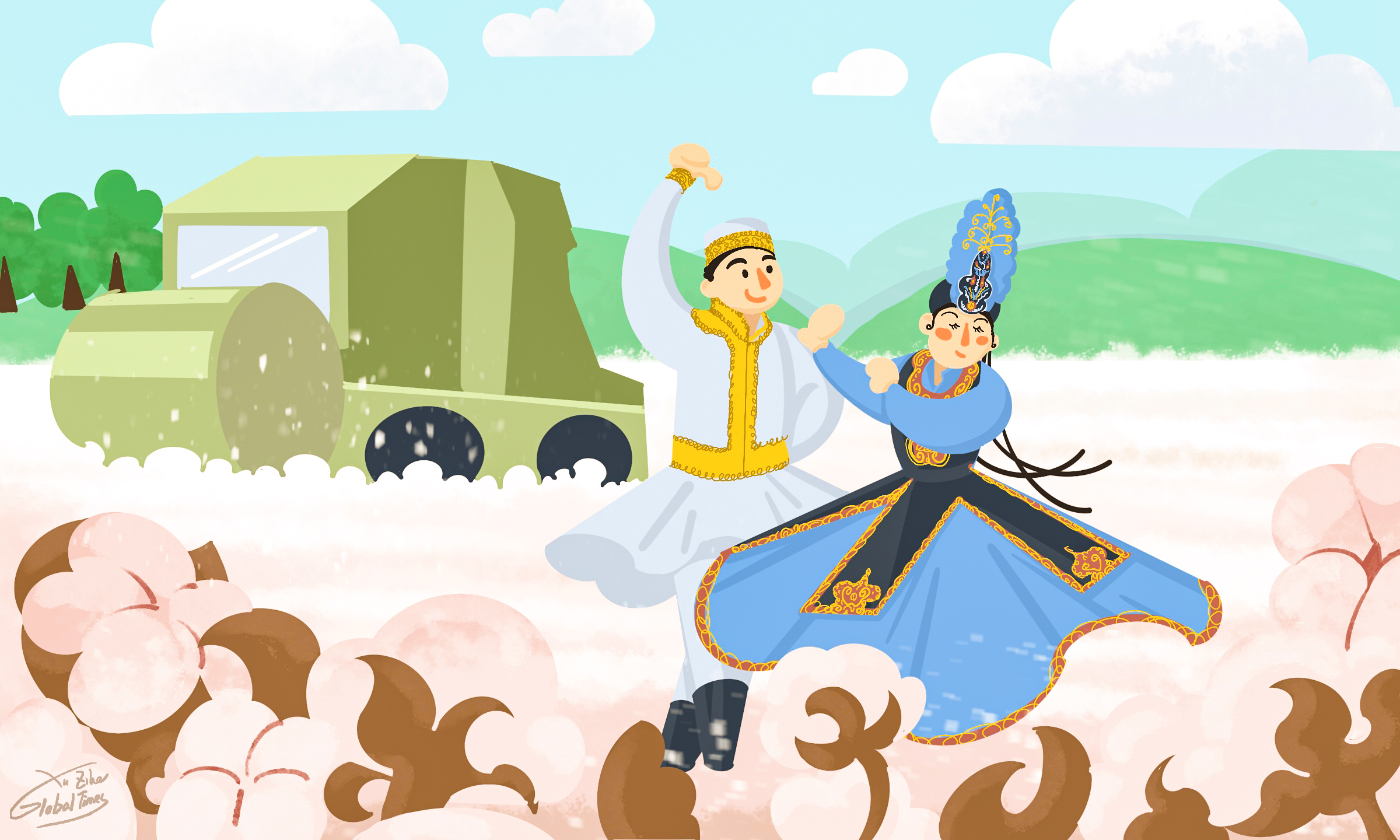 According to data from the Xinjiang regional government, since the end of 2018, the region has invited more than 2,000 people from more than 100 countries to visit and in 2021, dspite facing COVID-19, the region received multiple foreign media groups.

Some foreign visitors had expressed their surprise after seeing the developments in the region and many who knew about the previous severe situation on fighting terrorism also felt happy to see the fundamental changes in the region.

The quick development in Xinjiang underscored China’s human rights path on putting people at the center and making local residents benefit from social developments. After arduous efforts on countering terrorism, people in Xinjiang are enjoying stability and prosperity, Wang Jiang said, noting that the developments in the region will impress those who have never come or have misunderstandings on it.

The expert expressed hope for the UN human rights chief to have an objective assessment during her trip and make justified and fair conclusions without being misled or pressured by other countries or forces.”