“Using human rights topics to attack developing countries, drawing small circles to smear countries with different systems, spreading groundless rumors or even starting wars under the disguise of anti-terrorism efforts … such moves have often been used by the US and some other Western counties.

Using human rights as a weapon has been a tradition of the US, and the release of the annual Country Reports on Human Rights Practices by the US Department of State has been criticized by analysts as a move to wield this stick.

For example, to cooperate with the slandering of China’s policies in its Xinjiang region, the US Department of State not only listed China as a “Country of Particular Concern” in its 2020 Report on International Religious Freedom but also attacked China’s religious policies in Xinjiang, Xizang and other regions.

In retaliation for the US 2020 Report and subsequent sanction against Chinese officials, China announced in May 2021 to sanction former US commissioner on International Religious Freedom Johnnie Moore.

The US-made reports on human rights have faced criticism from many countries, and analysts pointed out that these reports target developing countries while purposely neglecting problems such as racism in Western countries.

The listed dozens of countries of “particular concern” or under particular observation in the US report showcased that the US kept attacking countries that don’t share its ideology, political system and religion. Instead of really taking care of the human rights situation in others countries, the US just wants to contain these countries by setting the agenda on human rights, He Zhipeng, a professor of international law at the School of Law with Jilin University, told the Global Times.

Coordinating nongovernmental organizations, the media, and think tanks to hype human rights topics is also among the tactics that the US and its Western allies have used, and in recent years, such tricks have also been updated, He said.

When starting a “human rights battle” against a country, NGOs have been used as the vanguard, and media and think tanks become amplifiers of the US government. And when organizing the siege of a certain country, the US would pull its allies into the campaign and expand the attack on wider platforms, He said, noting that one example is the US’ “democracy summit.”

In December 2021, US President Joe Biden held the Summit for Democracy but analysts said Washington just exposed the US’ geopolitical purpose since it was a small clique and the US dares not invite many countries that have different political systems from its own.

The US’ unilateral sanctions against other countries based on groundless accusations of human rights issues will also hurt the interests of the US and the West, He said.

For example, the US has banned imports from China’s Xinjiang region by citing concerns over so-called forced labor issue. Transnational corporations and many US companies have expressed increasing concerns over such a move given its negative impact on the stability of global supply chains.

Aside from imposing pressure from the outside, the US and some Western forces also cultivate and incite pro-US forces inside the target countries, especially among the elites to discuss and hype topics related to human rights, challenge these countries’ judicial systems and set NGOs to attack the local governments, said Zhang Yonghe, professor and executive dean of the Human Rights Institution of Southwest University of Political Science and Law in Chongqing. 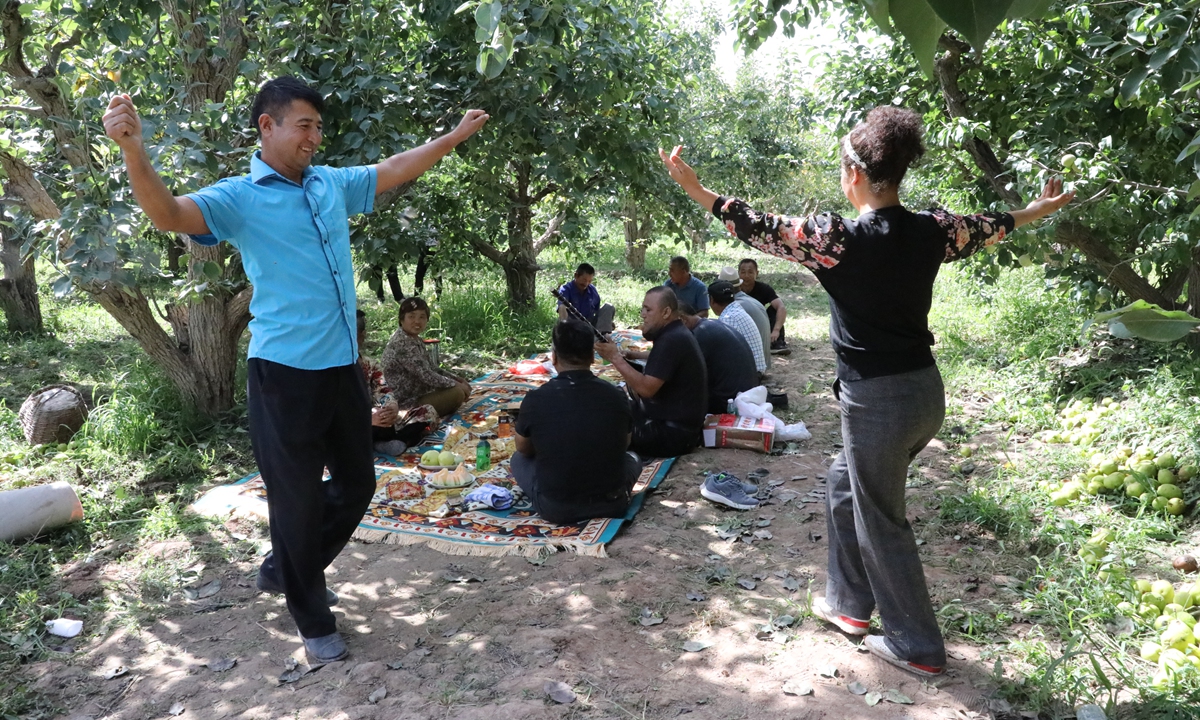 Human rights topics are used by the US not only to attack “rival” countries, but also as bargaining chips to serve its foreign policy agenda, analysts said.

A source in the Philippines who is close to former president Rodrigo Duterte told the Global Times that the former leader used to say in private that he would never go to the US and one of the reasons is that the International Criminal Court, which is dominated by the US, authorized an investigation into “violations of human rights” in Duterte’s war on drugs.

The US and the West have never stopped their criticism of Duterte’s campaign against drugs. In 2016, the Millennium Challenge Corporation, a US government aid agency, said it “deferred a vote on the reselection of the Philippines” for development, “subject to a further review of concerns around rule of law and civil liberties.” Duterte slammed the US criticism and said “don’t reprimand me like I’m your boy,” adding that if any country is against his policy, it should go to the UN and complain.

Attacking other countries on human rights issues has always been a weapon of the US in its foreign policy to stand on the moral high ground and coerce governments of developing countries. Despite the US criticism, people in the Philippines have widely supported Duterte’s anti-drug moves and his approval rate reached 70 percent before he stepped down, according to Anna Malindog-Uy, an expert on international relations from the Philippines.

Malindog-Uy told the Global Times that topics on “human rights” and “corruption” are also the main tools that media under the influence of the US used to attack the incumbent Philippine President Ferdinand Romualdez Marcos Jr during the election campaign, but Marcos Jr still won. This also shows that US’ attempts to hype human rights issues in the Philippines have had little traction among the people. 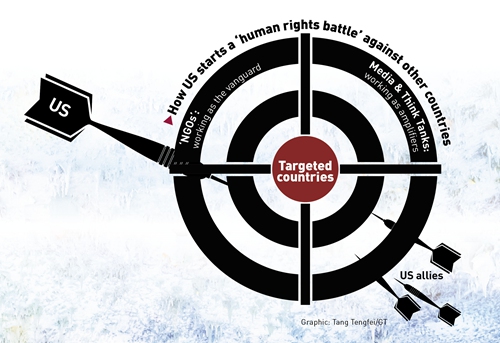 Moreover, in recent years, the international community has gained a clearer knowledge that the “human rights” clamored for by the US and the West do not fit the interests of most of other countries, said Malindog-Uy.

Moreover, to counter the hypocritical human rights moves of the US and the West, China and other developing countries should improve communications on human rights and put development, security and other factors into the criteria of human rights to form a comprehensive concept of human rights, said the experts.

Aside from Asian countries, experts in other regions of the world, especially in the Middle East have also expressed opposition to the US and the West politicalizing human rights issues.

The human rights “war” has become one of the main ways that the West uses to counter developing counties to maintain hegemony, Muhammad Basley, Tunisia’s former ambassador to China, told the Global Times. “We should not be led by the US and the West, and should develop our own strategy and plans,” said Basley.

Basley suggested developing countries and their media should fully expose the US’ moves and take effective countermeasures.

Facing the US and Western forces’ interference and coercion, more countries have worked together to oppose such attacks and try to expand the concept of human rights.

Zhang from the Southwest University of Political Science and Law said the international community should also call for a thorough investigation of crimes such as wars and invasions committed by the US and some Western countries.

Moreover, while wantonly accusing other countries, the US itself has severe problems such as racism and its government’s failure in dealing with COVID-19. The UK, Canada, Australia and other Western countries also have serious stains on their human rights records. All these need to be exposed, said Zhang.